How do we know what to fix in a PR crisis? 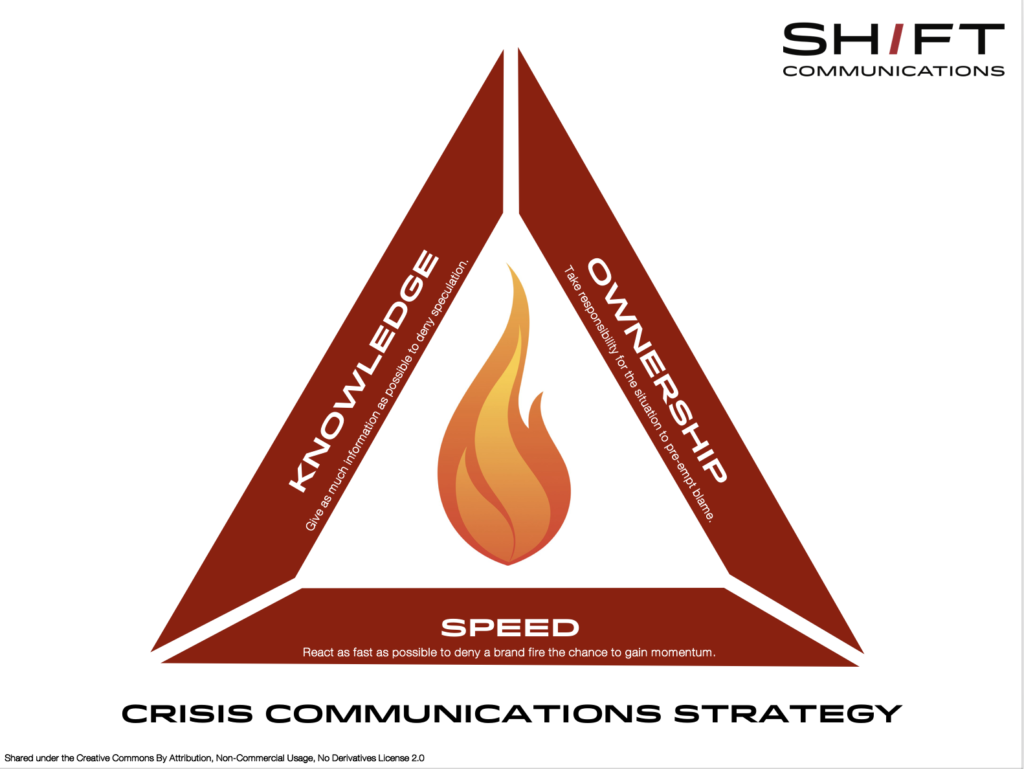 Respond with knowledge, speed, and ownership. But what do we respond to?

To develop a more effective crisis communications strategy, we need to understand trust. When a crisis occurs, it’s generally because of two very broad reasons: something we’ve said, or something we’ve done. We’ve broken trust with our stakeholder audiences – investors, customers, employees – by saying or doing the wrong thing. 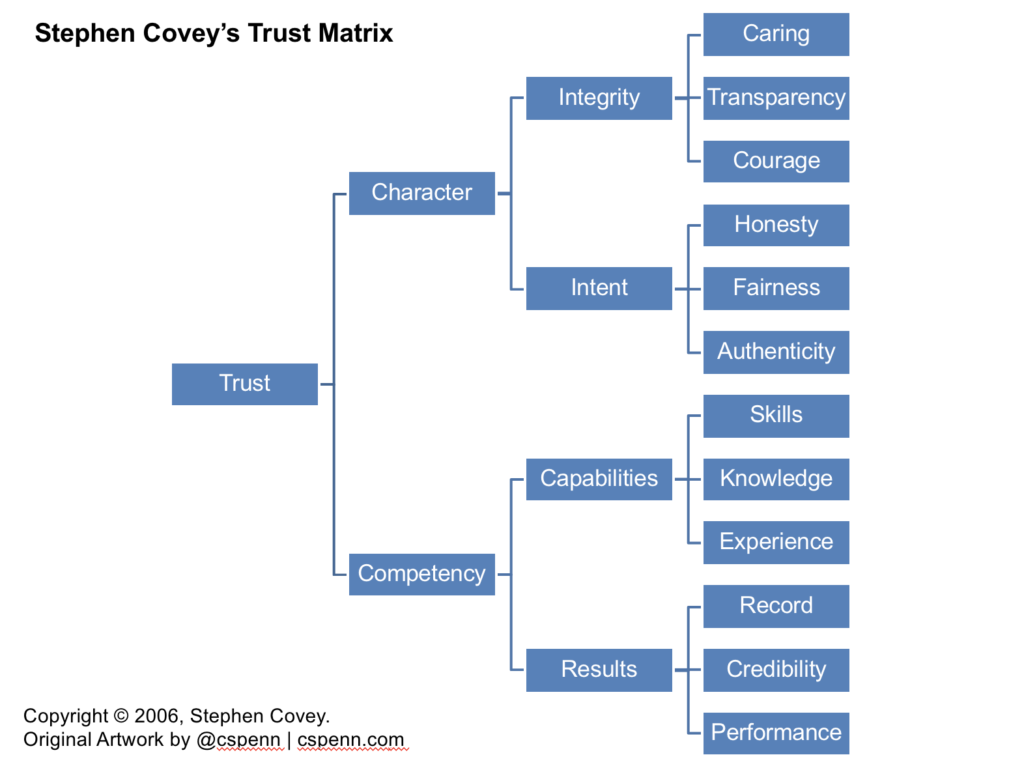 The two major branches of trust are character and competency – what we say or believe, and what we do.

Inside character, we have two “cores” as Covey calls them: integrity and intent.

Inside competency, we have two cores as well: capabilities and results.

What constitutes a crisis in each branch of trust, in each of the cores?

Within integrity, we have three potential areas for crises:

Many social media crises, such as brands saying something inappropriate, stem from failures of integrity.

Within intent, we have three potential areas for crises:

Within capabilities, we have three potential areas for crises:

Many production crises, such as undertrained/underpaid workers creating substandard products, stem from failures of capabilities.

Finally, within results, we have three potential areas for crises:

A brief catalog of failures

To demonstrate how to evaluate crises, print out the chart above and check off boxes for any given crisis to see what’s gone wrong.

In each case, using Covey’s Trust Matrix allows us to quickly diagnose which aspects of trust broke, resulting in a crisis.

When we’re evaluating a crisis, we must determine whether the crisis is one of people, failures of character, or process, failures of competency, or both.

Failures of character require us to immediately and specifically address what’s gone wrong. As a people-related problem, it requires us to either seek forgiveness with earnest, honest appeals, or it requires us to dismiss the problematic people. The recent headlines of major actors, celebrities, and business owners being removed from their posts due to allegations or convictions of sexual harassment and misconduct epitomize dealing with failures of character.

Failures of competency require us to leverage our character to demonstrate how we’ve fixed our processes and how we’ve made amends. When something goes wrong, we need the courage to admit it, the honesty to disclose it, and the authenticity to align with our values and make appropriate, commensurate reparations.

The most serious crises come from a combined failure of people and processes together; Enron’s total destruction as a corporate entity is an example of the most severe consequences of breaking both character and competency.

How to fix a PR crisis

A crisis will always be worse if the failure of either character or competency is integral to the customer experience. For example, Kenneth Cole’s inappropriate social media posts were a flaw of character, but fundamentally do not change the customer experience with the product itself. Thus, while memorable, the crisis did not affect customers’ interactions with their apparel.

In the case of United and Domino’s, the failures of competency directly affected the customer experience. No customer wants their luggage broken; no customer wants contaminated food. These respective crises damaged the trust in what customers buy, and were more difficult to remediate.

Most often, failures of competency occur first and are compounded by failures of character. If we take strong actions to remediate a crisis of competency by leveraging our good character, we mitigate the impact of the crisis as long as we’ve truly fixed the broken process and we’re open and bold demonstrating our repairs.

Once we truly understand where and how we’ve failed, we clear a path to repairing our failures and rebuilding the trust we’ve broken with our stakeholders.