For example, if you were a pizza shop in Boston, you could measure everyone on the Internet talking about pizza, but you’d generally have no share of voice ever. If you were to restrict that search to your delivery radius, you might have a better idea of how many conversations were being had about you that were relevant. Thus, a share of voice report about other pizza shops might generically look like this: 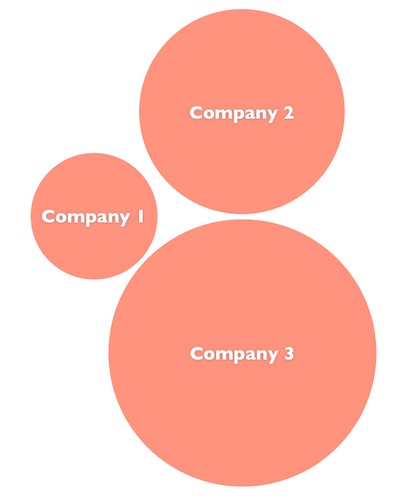 Share of voice breaks down in a couple of important ways. First, in our example above, share of voice about pizza isn’t necessarily relevant. If the goal is to sell more pizzas, then we’d more want to understand our share of voice in the context of conversations about delivery choices. Our competitors aren’t just other pizza shops, but anyone else who delivers food that presents a viable competitive choice to the consumer. Here’s what a share of voice report might look like if you were looking at all of the delivery dining options in Boston. 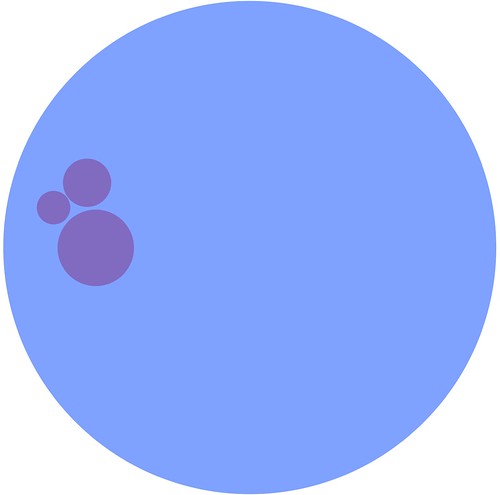 You can see that suddenly, the discussion about pizza shops’ individual shares of voice pales in comparison to the audience of people who are going to have food delivered from someone, but not necessarily pizza. The sushi shop that delivers is as much of a threat in aggregate to your revenue as the other pizza shops in town.

Second, share of voice measures only people having conversations about a given topic. One of the reasons that SHIFT Communications leverages SEO data so much is that search is an indicator of share of mind, not just voice. When you search the web for something, you may or may not ever publicly talk about the subject of your search, but your search indicates your intent. Share of search volume matters for all those people who are thinking about brands, thinking about choices, but not talking about them. Let’s look at two comparisons. This is a share of voice measurement for the 3 major brands that Blizzard Entertainment operates (12 month average):

If you were Tom Chilton (lead designer of the Warcraft franchise), you might be concerned about losing ground to the Diablo franchise. Now, let’s look at the search volume using Google Adwords using the same 12 month average:

In search, World of Warcraft is significantly ahead of its peers. Just because people aren’t actively talking about Warcraft in publicly visible channels as much as Diablo doesn’t mean they aren’t searching for information about it. The share of search shows that World of Warcraft is still very much on people’s minds.

The lesson here is not to rely solely on a metric like share of voice (especially just online!). It’s useful to see how much chatter there is about your brand versus other brands, but it has gaps that can be informed by other metrics like search.