The largest social network in the world – and to some people, the entire Internet – released its Q1 2017 earnings. What’s new with the 800 pound gorilla in social media?

Facebook’s overall growth remained above 4% quarter-over-quarter in Q1, which it has sustained over the past 3 quarters. Facebook is just short of 2 billion monthly active users:

Facebook’s growth was powered by the Middle East and African markets, as well as the North American market. Interestingly, growth fell in APAC, which was on fire for the last 5 quarters:

Facebook stopped publishing its mobile-only user data; we have used predictive analytics to estimate the percentage of their mobile and mobile-only users based on the last 7 years of data.

Facebook continues to be a mobile-first platform; by our estimates, more than 94% of Facebook’s monthly active users use a smartphone or other mobile device to access the service at least part of the time, shown by the orange bars:

What’s stunning is the growth of the next number: an estimated 1.2 billion mobile users who only use a mobile device to access the service, shown by the red bars below. Just a few years ago, we were discussing how Facebook had a billion users, and now Facebook has more than a billion mobile-only users:

Facebook, like all social networks, saw a decline in revenue in Q1, a normal pattern after advertisers’ binging on ad spend in Q4:

On a quarter-over-quarter basis, we see their Q1 2017 ad revenues weaker than in previous Q1 results:

Is this a sign that they’ve reached saturation in marketing dollars they can attract from advertisers? Only time will tell; one data point doesn’t make a trend. However, we’ll keep a careful eye on their Q2 revenue results.

What do these results mean for you?

Whether or not they think it’s “cool”, Facebook is the Internet’s front page for a significant portion of the planet. No matter your company or industry, at least some percentage of your audience is on Facebook – and probably on a mobile device. For marketers in non-North American markets, Facebook is the Internet itself for a significant number of users, and choosing an ad strategy in those markets means choosing a Facebook ad strategy.

CEO Mark Zuckerberg mentioned in the earnings call that Facebook continues to tweak its newsfeed algorithm to “reduce the financial motivation to spread hoaxes“; expect to see further throttling of organic reach for overly sensational or patently false content. This may work to our advantage as marketers (assuming we are truthful and share truthful information) if it reduces the total amount of content competing for eyeballs in the newsfeed.

In addition, he spent a significant part of the earnings call talking about vision, imaging, and video, from new machine learning technologies which allow users to apply painting styles (similar to the Prisma app) to augmented and virtual reality. The key point for marketers:

“More recently, we also rolled out Messenger Day and Facebook Stories, and we’re going to keep putting video at the center of all our services.“

No clearer indication of what to do with our content marketing can be had than for Zuckerberg to flat out tell us: video or else.

Are you creating video for your marketing and communications campaigns? If you’re publishing on Facebook or advertising on Facebook, video should be included in your campaign by default, and only excluded for justifiable reasons. Facebook wants to own the video market and will give preference to marketers and communicators who put video at the heart of their strategy. 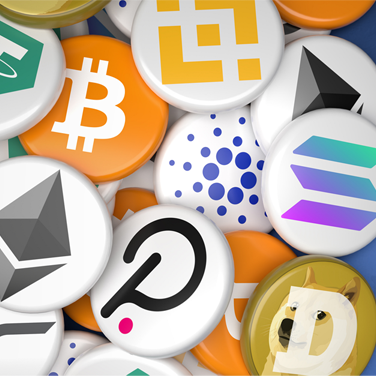