Why brands should approach the impending rise of the Metaverse with caution.

Not too long ago I wrote about Clubhouse, the now basically forgotten social media app that, for a fleeting moment (like a year), seemed to introduce a new medium to foster communication. That’s what the hype said, at least. Maybe it’s still quietly thriving, serving the needs of a niche audience. It, however, is no longer mentioned within groups I’m a part of. (FWIW, I just logged back in to see if I’m off base… based on what my feed looks like, my opinion appears justified.)

But when one hype bubble bursts, another inflates. Meta’s ‘new’ Metaverse is gaining steam as a thing to talk about. I keep seeing it pop up in articles and lists of things to prepare for.

Haven’t we seen Metaverse before?

Frankly, this one is a head scratcher. You see, we have effectively done this before. Back then, however, it was not built by an organization hell bent on world domination at all costs a popular social media company. It was built by Linden Lab and they called it Second Life, which is essentially an unrestrained, easily accessible virtual world.

That was in 2003. A couple of years after SL started really gaining traction, I joined The Multiverse Network, a company founded by what can still be described as the smartest guys in the room who built a platform that empowered anyone — companies, universities, fringe groups, fan clubs, etc. — to build their own, standalone virtual world. Though the tech was bleeding edge, and SL had proven a commercial appetite for it, it was perhaps too early, as many innovative concepts have experienced. Facebook, mind you, didn’t launch until 2004.

Meta says this about the new Metaverse: “3D spaces in the metaverse will let you socialize, learn, collaborate and play in ways that go beyond what we can imagine.” Except we can imagine, because we’ve been there already. 20 years ago. It was called Second Life.

Will Meta’s incarnation be built atop better tech, transmit with higher fidelity graphics, integrate new ways to mine your data and try to sell you stuff explore, connect, experience, share, learn, etc.? Highly likely — it’s going to look and feel amazing! But has the business or consumer mindset really changed that much in 20 years? In areas connected to the environment and social issues, yes. However, building a virtual world for us all to work, congregate and play in isn’t something we’re clamoring for. Heck, according to the latest polls and after being virtual for two years, most of us want to delete our virtual zoom backgrounds and head back into the analog world.

Its real-world viability aside, brands around the globe will consider what their Metaverse marketing play should be. When it hits, we’ll be served a huge heaping of headlines proclaiming company X’s innovative leadership because they held a sales meeting in the Metaverse, or led employees on a mindfulness retreat, or established connections with global partners, or celebrated an important milestone. Actual living and breathing humans will even meet, fall in love and get married within its virtual setting.

And though the metaverse and corresponding brand strategies won’t be well defined for years to come, you probably don’t want to sit on the sidelines if:

Still, here’s my advice: try before you buy. Look for opportunities to experiment within the metaverse marketing before going all-in with your marketing budget. Only time will tell if it’s overhyped and risks the same destiny at Clubhouse (and Second Life) or is underrated. 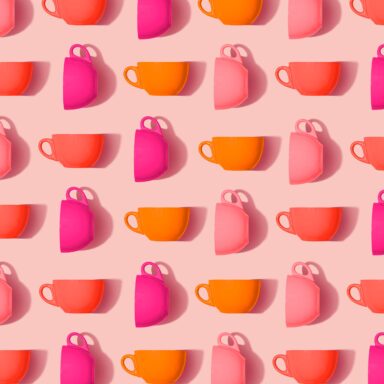