Heath: At the core, we needed a way to connect people to the products and services of Citrix. Citrix had a timely opportunity around the remote work trend. We needed to promote a newer product it was offering without denigrating an older one that many customers were still using. So, it was really about producing a piece of communication that showed the benefits of both. The outcome was the Citrix #DaaSJams social media video series.

What was the aha moment for #DaasJams?

Heath: Everyone has a product, an app, some sort of technology. The B2B tech market is this really noisy environment. Through a ton of research, we uncovered out insight: choosing a technology platform is a battle. And there’s this human on the other end fighting it and fighting through incredibly dense information.

Citrix is an incredible company with these incredible technologies. The last thing we wanted was for it to disappear into a sea of same and heavy-handed B2B product marketing. A list of features doesn’t sell stuff. So how do you produce a standout product communication that cuts through and puts Citrix into the consideration set of its audience?

What did the move from insight to concept and execution look like?

We started with this idea of Rock ‘Em Sock ‘Em Robots. Then we realized it was more than that. It became quite a lot of lifting to give these characters their personality and attributes that really matched the product features.

Then, getting the script locked down was super important. We storyboarded the campaign phases, each with a unique song across four musical genres. We transformed dense content into catchy lyrics, painstakingly chose voice talent and customized the tunes. Then our animator brought the bots into existence through singing and dancing.

Lastly, we broke it down. We sliced and spliced the long-form videos into short social pieces to promote across owned, shared and paid channels.

What were the risks in the concept and campaign?

Heath: Of course, but we’ve got a brave client who wants to shift the needle. The last thing you want to do is to not take advantage of that door that’s open.

In bringing in concepts, you’re always going to need to have something that’s straight over the plate. Then you have the concept that pushes the envelope. But my belief is you never present anything that you don’t want to make.

The second our client saw the bold idea, he locked on. He saw the fun of it and the opportunity to do something fresh and different, so we broke the mold in a careful way, because Citrix has very particular brand guidelines and positioning. And because we saw that using rap to sell stuff was potentially dangerous territory. But we knew if we did it right and made it fun, we’d get forgiveness.

What was the impact of this campaign and for the business.

Heath: At the end of the day, our job is to positively affect an outcome for our client. In this instance, our job was to affect that with a piece of communication and with an execution of an idea that grabbed people’s attention and incited some sort of action — whether that was further inquiry or simply to sit and watch, because that’s a big win to get people to sit and actually watch these things today because there’s so much click through and swiping past, particularly in social media.

We had an 87% campaign video view rate, which is massive. The fact that we broke through, we created something that people did not ignore and that engaged them — and that we blew industry and the client’s past KPIs out of the water — is proof great PR and creative work works. 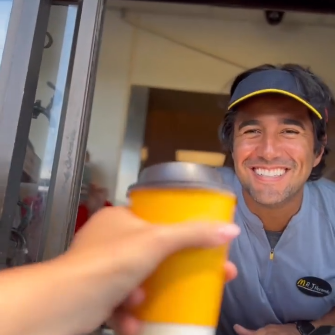 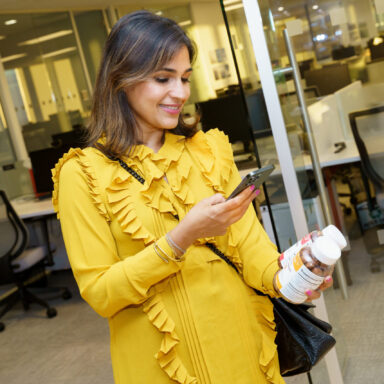 Inside the Campaign: Sweetening Sales in the Manuka Honey Market