After relatively robust growth in Q1, Q2 returned to more modest growth, not even cracking 1% quarter-over-quarter growth. Twitter added only 3 million new users (which, in the scheme of things, isn’t a small number of people) but struggles to return to its growth curve from years past:

In an atypical surprise, mobile monthly active users declined by a percentage point to 82%:

After a punishing first quarter decline in ad revenue, Twitter righted the ship with a 0.75% quarter-over-quarter increase in ad revenue, to $535 million. It’s still worth noting that as percentage changes go, Q2 2016 was Twitter’s softest Q2 ever. This bodes ill for future quarters’ ad revenue growth. In the investor notes, the company cited continued decrease in demand and increasingly competitive social ad budgets. Twitter cited its higher cost-per-engagement compared to other social networks as a reason for its lack of competitiveness.

As a result, their average revenue per user remained flat:

Looking Ahead: What It Means for Marketing and PR

In the earnings call, Twitter outlined its strategy for growth and sustainable revenue around 3 topics: a canvas for markets, increased marketing ROI, and scaling with the total audience.

For advertising, Twitter is testing reach and frequency buying, permitting marketers to control how often their ads are seen. This feature, once rolled out to marketers, will let us better control spend on our Twitter ads by capping our ads’ frequency – a long overdue improvement. Twitter also continues to push for more video ads; if you’re currently executing video ads on other platforms, expect to port them to Twitter with greater ease.

For ROI, Twitter expects to transition from its current tagging solution to a Universal Website tag by year’s end. If you’ve implemented Facebook’s new conversion pixel, you have some idea of what to expect. Our advice is to use Google Tag Manager to implement and control these many new tags; doing so will substantially reduce your marketing technology burden. Twitter also hopes to differentiate desktop vs. mobile conversions at some point.

Overall, Twitter’s focus on driving down cost-per-engagement to be more comparable with other social networks can only be good news for marketers with increasingly tight budgets as we move into the second half of the year. If cost-per-engagement (and its PPC/SEM equivalent, cost-per-click) isn’t already an advertising KPI, consider adding it to your reporting as a way to do apples-to-apples comparisons of ad efficiency.

We remain bullish on Twitter as a marketing solution despite its struggle to break out of its plateau (we offer no guidance on Twitter as an investment). Twitter still punches far above its weight in current events and news; in an election year, Twitter receives disproportionate attention, which means greater audience awareness and engagement for everyone. 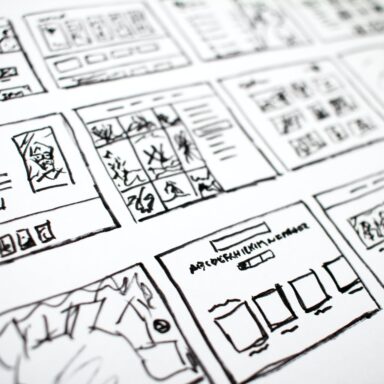 It Was Nice Knowing You, Annual PR Planning