I had the pleasure and privilege of attending IBM Vision 2017 as a guest of IBM Analytics. Over three days, we explored the future of analytics and artificial intelligence, from understanding where we are in the evolution of analytics to seeing the cutting edge of how AI will impact every industry. Let’s look at some of the highlights from the show.

IBM Vision kicked off with Geoff Colvin, senior editor at Fortune, and his view of the frictionless world. In short, as mobile and digital make nearly every transaction seamless, legacy companies must adapt quickly or be completely disrupted.

#IBMVision Frictionless world: @Alibaba has no inventory. @Airbnb has no rooms. @breather has no offices. @Uber has no cars. @geoffcolvin pic.twitter.com/PqYqESBY8G

We see this happening in the communications and PR industry. Legacy publications find themselves more under the gun every day, with declining subscribers and decreasing advertising revenues. At the same time, generation after generation of new media pop up, from blogs to social media to video influencers and more. Every new channel reduces the friction needed for consumers to get what they want.

One of the most impressive demonstrations of managing unstructured data was IBM Watson’s ability to read and interpret legal and financial regulations, then compare a company’s compliance with those regulations.

Imagine what a timesaver this will be for companies as they tackle GDPR compliance in the next year, one of the most important changing regulations in marketing and advertising.

More broadly, machine reading and interpretation of unstructured text has the potential to simplify far more than just regulatory compliance. A significant portion of everyday work in public relations is dealing with unstructured text, such as:

How much more could we accomplish every day with machines helping to crunch all the text and surfacing only the most important items for us to read?

Public relations will be impacted by data science in several ways.

Rise of the Machines

Above all, IBM Vision showed us a world in which we play as important a role as our machines. At one point, a presenter showed a drag-and-drop interface to IBM Watson services called Node-RED. It’s so easy to use that I was able to launch a cloud server and build a working prototype which analyzed Tweets in less than 30 minutes.

For public relations professionals who are bold thinkers and fearless experimenters, the future is very bright. Artificial intelligence will make public relations more creative, more enjoyable, and more impactful than ever – but we have to overcome our fears of the machines and embrace them as our companions on the journey to the future.

Disclosure: IBM paid for my travel and expenses to attend IBM Vision 2017. No other form of compensation was provided, and I was not required to create content from the event.

Is Your Brand Messaging Recession-Ready? 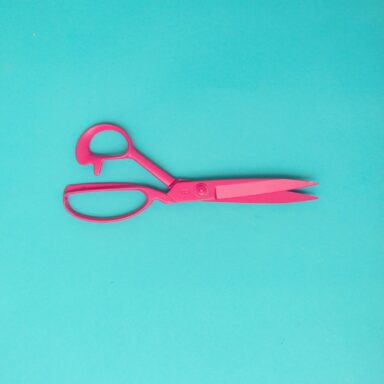