On September 26, 2017, Twitter surprised its users by announcing that certain users would have their tweet character limits doubled, from 140 characters to 280 characters. This beta test was to determine whether users wanted the increased characters. After the beta, Twitter rolled out 280-character tweets to all users.

Naturally, as one of the first-ever social media agencies, we wanted to understand the impact of the doubled character limits.

Using tools like Facebook’s Crowdtangle social monitoring platform, we digested over a million tweets. Let’s see what answers we found to the questions above.

Are Users Taking Advantage of 280 Characters? 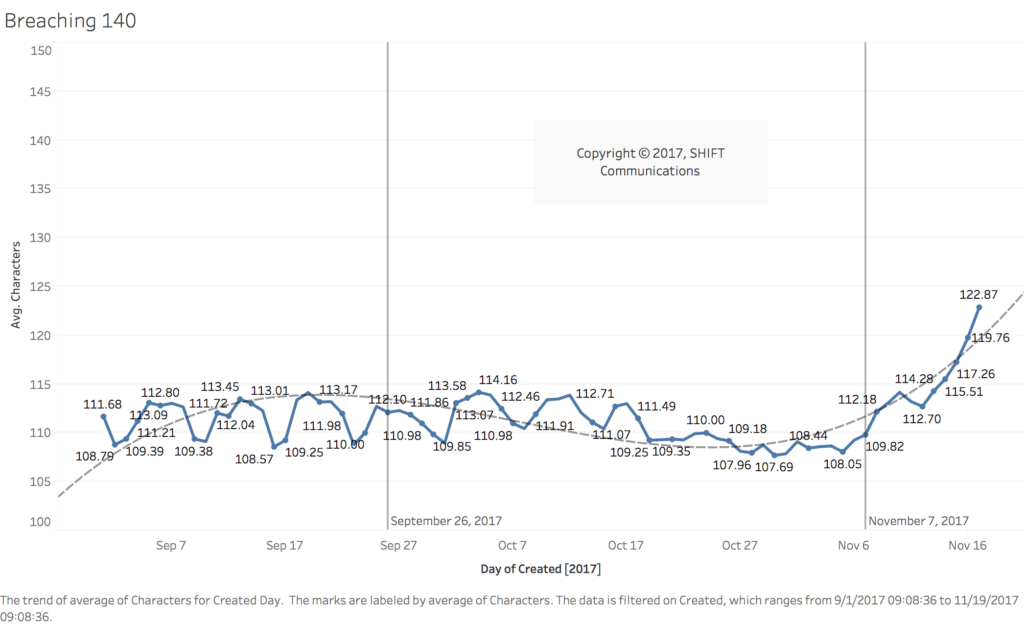 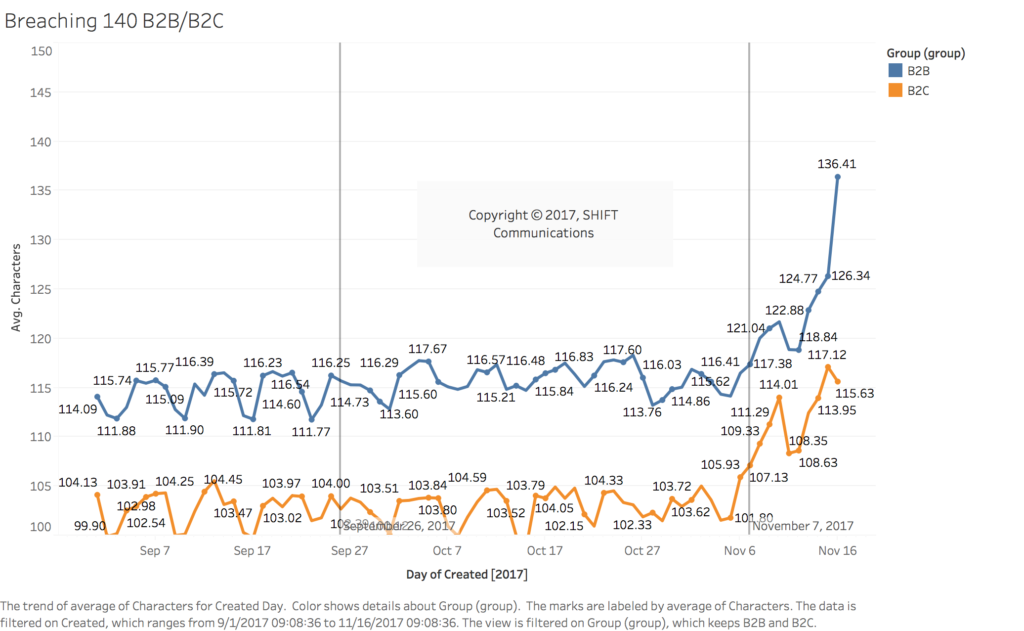 On average, users didn’t immediately step on the gas pedal and flood Twitter with 280-character messages.

Explore the different tweet length averages by industry with our interactive chart below. Use the industries drop down on the lower right hand side of the chart to choose which industry you want to see.

Some observations we noted:

Who’s the most verbose?

The ultimate question to answer is, does the increased tweet length mean anything in terms of audience engagement?

Let’s look at the Spearman correlation between character length and engagement measures such as likes and retweets in the period of September 1-25, when no 280-character tweets were available: 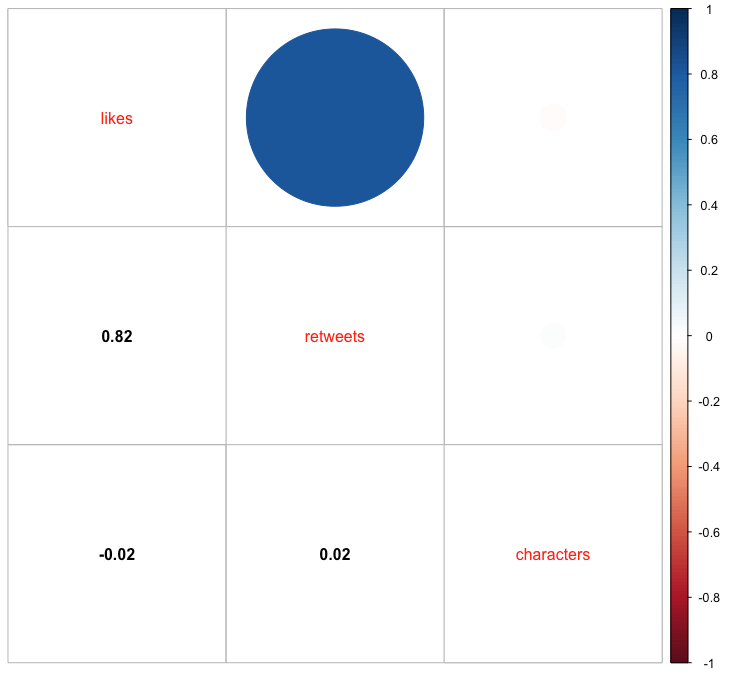 Above, we see no correlation between tweet length and likes/retweets. Next, let’s look at the beta period: 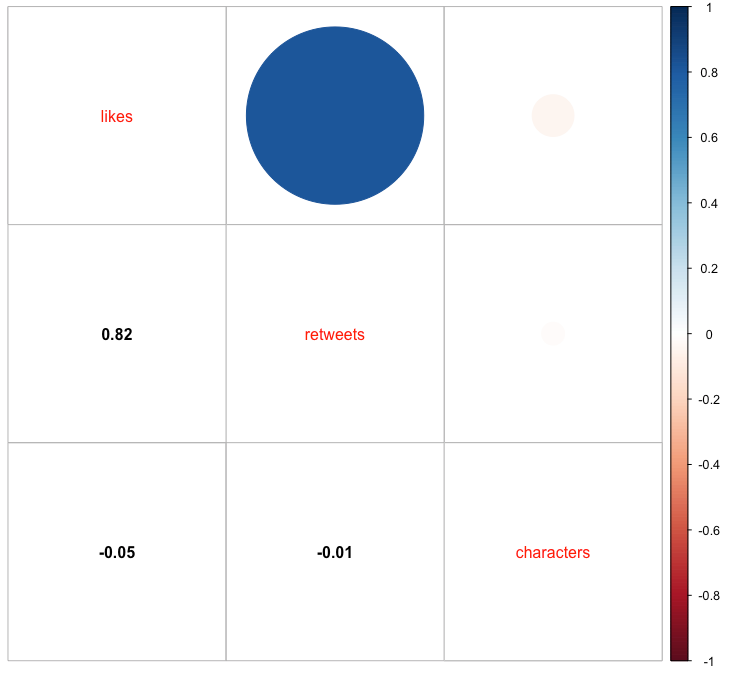 We still see no correlation between tweet length and engagement. Finally, let’s look at the post-beta period:

What we see is no relationship between any engagement measure and tweet length, in any time period. Having more room to say something doesn’t mean anyone’s saying more compelling things now.

More isn’t better. While a 280-character limit is nice for creating tweets with a more natural sound, early indications show no greater engagement now than prior to the limit increase.

It’s also worth noting that these are early days. We’ll look at the data again in a few months to see if adoption of the 280 character limit continues to increase, where users settle on length overall, and whether the level of engagement increases in relation to tweet length. For now, enjoy the newfound freedom, but don’t expect greater results if your content wasn’t already great.

We downloaded 4,832,877 tweets from Twitter dating back to September 1, 2017. We selected Twitter accounts with high-frequency publishing schedules and at least 100 followers from the following industries:

The accounts are a mix of individual users/people, as well as brands. Once downloaded, we deleted URLs from the tweets to reflect accurate composition of characters, transcoded to Unicode UTF-8 for compatibility, added 23 characters to the count for tweets that had URLs (which Twitter automatically does for any tweet with a URL), then summarized by total characters.