Why PR Must Evolve to Digital-First 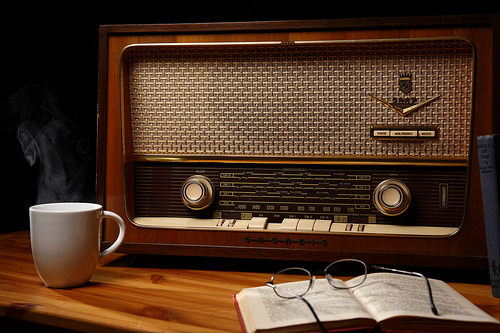 Being constrained by time is a problem from which a lot of businesses suffer. Not time in the sense of not enough of it, but time as in the way things have always been done. PR is an industry that has been around for a very long time — centuries, in fact! One thing that has occurred to us here at SHIFT is that keeping up to date, taking risks and investing in something new are the only ways to continue to grow.

In that vein, the leaked NY Times report on its digital presence has started many a conversation around the issues that the media giant faces, but it has also caused us to look in the mirror and reflect on how we see our industry. While the NY Times introspective is indeed encouraging, PR agencies that don’t think beyond traditional approaches run the same risks as the timeless media outlet. They’ll stall and lose out to more nimble, agile competitors.

While pitching is the bread and butter of the PR industry, the thinking that PR should always plan for traditional media first is a hindrance to the ability to think creatively about news and how to share it effectively. The NY Times acknowledges that competitors are running circles around them, releasing news faster and in a more compelling way. This is in part because of the digital workflow those competitors have adopted and the technology they’ve embraced that enables them to get there faster (ahem, Buzzfeed, though I can’t call them a competitor with a straight face).

Traditional PR thinks in those same terms when planning strategy around a news release, “Who can we pitch at X publication?” In reality that thinking is ineffective in today’s world of digitalized media. Continuing to do things the same way they’ve always been done will eventually have us stuck in an infinite time loop that highlights not having the courage to break away from the norm.

To take the PR industry to the next age, we have to start thinking beyond pitchy pitch and thinking about the ways in which we can use technology beyond research and an email. Think about sharing news through different types of digital content creation and through that network of influence rather than sticking with the same publications. Think about becoming a publisher in your own right, developing a media channel of your own so powerful that people want to pitch you.

Why would we continue to live in the past when the future gives us so many tools in which we can excel at creating better ways to reach people with a message? Take to heart the lessons from the NY Times and its memo/report. Learn the lessons and adapt quickly. Old PR relies on old media methods, and old media is dying. And so shall the PR unless it evolves once again.

Posted on May 20, 2014 in Brand Journalism, Public Relations

Why Marketers Must Tap the Millennial Gold Mine
Content Isn’t King: A Lesson From The New York Times

Chel works in the Integrated Services as a specialist who uses her knowledge of marketing technology, analytics, and their strategies to strengthen the agency. She spends her free time rucking, writing and/or gaming, creating art via canvas or photography and listening to JT and/or Black Lab. You're probably overly familiar with her love of Sherlock (BBC).