State of Social 1Q14: Facebook second-largest country in the world, 4 out of 5 users mobile

How are things in the nation of Facebook? For one, Facebook has surpassed the country of India, making it now the second largest country in the world. 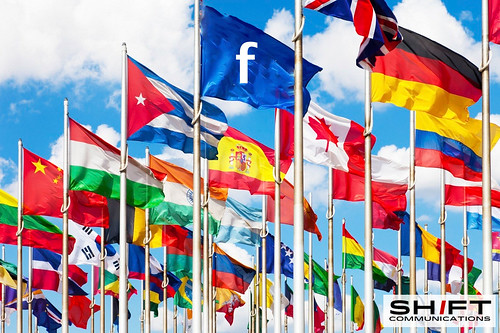 India is at 1.243 billion people, Facebook nudged ahead to 1.276 billion people. Let’s look at some of the raw numbers in our ongoing State of Facebook series. 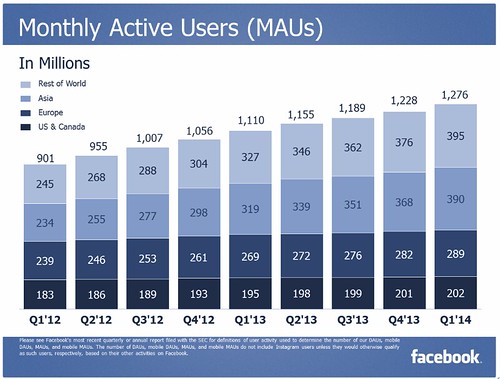 In terms of actual growth rates, Facebook’s rate of growth ticked up a tiny notch, close to 4% growth. That’s incredible, when you think about just how large their reach already is. According to the ITU, the number of human beings with Internet access of any kind reached 2.784 billion in 2014. That means that Facebook reaches 45.8% of the Internet-accessible human beings on the planet. 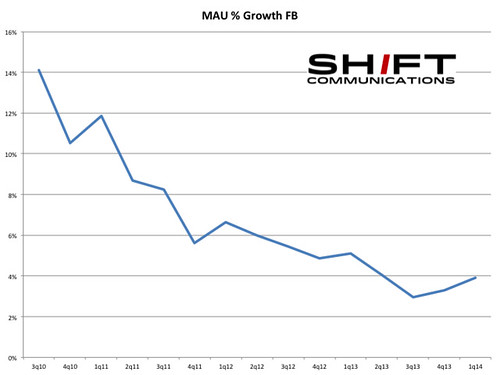 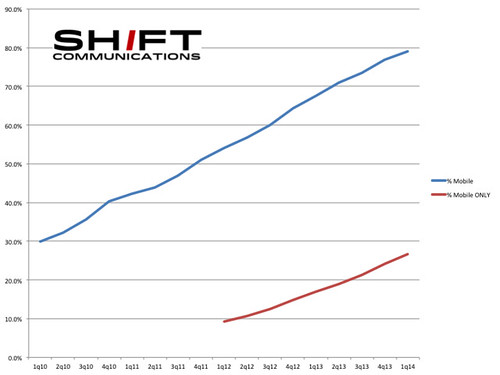 Think about all of the ads you’re probably running on Facebook, all the content you’re posting, all the lead generation efforts you’ve got going. If your conversion efforts are not mobile-friendly, you are effectively throwing away up to 30% of your Facebook marketing dollars completely, and making it unpleasant for up to 4 out of 5 potential customers. Think about the landing page people are arriving at from your Facebook posts and ads – is it mobile-friendly? If not, it’s well past time to build this point of view into your strategy and approach.

Speaking of advertising, let’s see the numbers there: 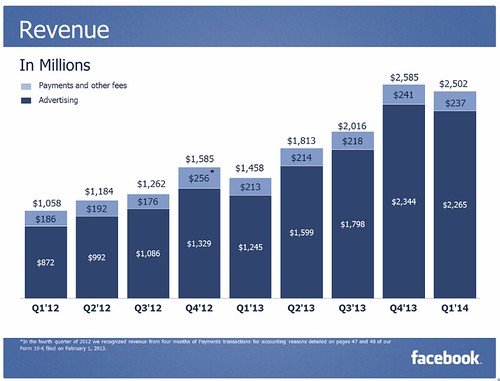 Facebook’s been turning the screws on brand pages repeatedly, tightening up the algorithm by which brand posts appear in the News Feed and making brands pay to have their posts seen where previously they might be seen for free. In the last quarterly report, they’d seen a healthy jump in ad revenues (no doubt in part due to the holidays and B2C retail advertising), but this quarter, they showed a loss of growth. However, looking back historically, Facebook always takes an ad growth loss in Q1. 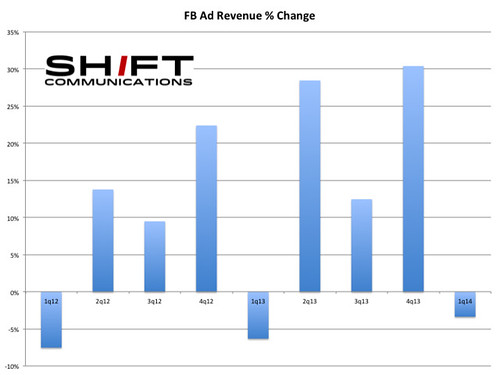 If this trend continues, expect to see Q2 revenue growth bounce back strongly, Q3 to soften, and Q4 to hit it out of the ballpark again. Look carefully! Q1 loss of growth is getting smaller and smaller; year over year, Facebook has tightened its losses in Q1 from -8% to -6% to -3%. Brands are paying more year-over-year, shrinking Facebook’s losses in growth rate. In Q1 2015, they may even go flat instead of negative growth in revenues.

Let’s turn our attention to regions. Facebook has been making crazy, multi-billion dollar acquisitions over the past year, and we can now see very clearly why. When it comes to user growth on Facebook, North America is basically flat. Europe is growing slowly after a drop in the beginning of last year. The growth story that matters, however, is the Asia/the Pacific region (APAC) and the Middle East/Africa (ME/A): 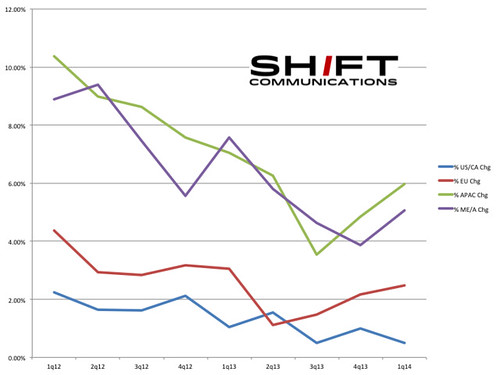 Once Facebook manages to gain solid ground in those regions, expect them to monetize better. Their revenue losses on the ad side were heavily in ME/A for Q1, whereas they seem to have mostly solved North American post-holiday revenue losses and even showed Q1 revenue growth in APAC: 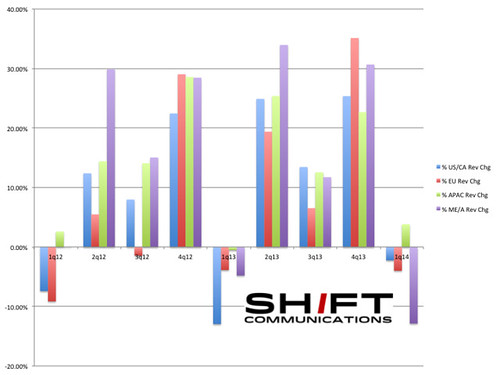 Given that so many companies spend so aggressively in North America, Facebook must be pleased at mitigating the Q1 ad revenue weakness traditionally seen in the US and Canada. The repeated punitive News Feed changes to make brands pay more are working!

What does this mean for you, PR and marketing communications professionals?

Facebook’s financial growth numbers continue to support what the network is doing with its News Feed algorithms. Facebook is effectively now a pay-to-play medium for marketers and communicators. It’s paid media; treat it as such, budget for it as such. Use our free Facebook Page Cost Calculator to find out how much you’ll need to budget for the rest of 2014.

With these latest updates, we can safely offer this guidance universally to all marketers and PR professionals engaging in social media:

The bottom line: Facebook is paid media. If you want to reach 45.8% of the Internet-connected human race, you’d better have your credit card ready.

What’s next? Expect much more mobile focus from Facebook. Facebook has seen the writing on the wall, pushing its Messenger app, buying WhatsApp, pushing its Paper app, and continuing to grow Instagram. Expect more of the same, and be prepared to try out its new offerings. Facebook has offered more tools to app developers for integrating Facebook into games. In browsing the agenda for their upcoming conference, there’s a recurring theme of mobile and games.