How is brand journalism different from marketing? 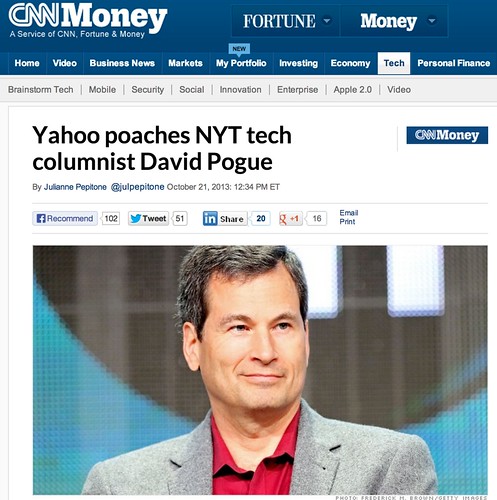 Steve Robinson asked in our last post on Brand Journalism:

I’d love to hear more on your perception of the subtle differences between inbound marketing, content marketing, and brand journalism. It seems that this new term is an attempt to legitimize what has already been here for a few years and dress it up a little for big brands to apply. Do you see that differently?

While I will not diminish the cleverness or willingness of marketers to come up with new names for the same old thing repeatedly (“big data” being a prime example of rebranding of several other data movements), brand journalism is somewhat different in the fact that it reflects a major movement in the radically changing media landscape. If it were just a few reporters here and there joining up with brands to write for them, then yes, it would be a rebrand, a marketing trick.

But the extent to which the media landscape is changing is what really defines this as a movement instead. The reality is that traditional media is encountering significant headwinds. Forbes Magazine, the 96 year old stalwart benchmark of success, is on the auction block. Crain’s BtoB magazine got folded into AdAge. Newspaper after newspaper is laying off, trimming back staff, asking reporters with iPhones to do the job of photographers, and more. Even noble publications like the New York Times are losing talent that in other eras would’ve stuck with the Grey Lady.

When you’re faced with massive industry shifts like this, change is inevitable. As irrational as some people are on the individual level, populations tend towards the rational at an aggregate level, and this means that they will go where the money is, where the jobs are. Right now, brands, companies, and patrons have the money and the ability to pay for journalism, while media outlets are experiencing a decline in their ability to offer the same pay. This does raise the question of the integrity of journalism when every brand is promoting its own news, but that is a separate cultural issue and not one of economics or marketing.

You could also make the very valid argument that brands have always used journalism-like tactics to promote their own stuff. Marketers invented the advertorial and infotainment, after all. In those cases, that’s not really journalism so much as paid media. That’s not what brand journalism appears to be, however. We’re seeing brands trying to become the media, and attempt to be true, actual media sources. This is partly what differentiates brand journalism from standard content marketing and inbound marketing – brands are seeking in some cases to become media sources that consumers would choose to consume independently, even if it’s not directly related to the brand’s product offerings.

That makes brand journalism a true force to be reckoned with. For PR professionals, it means pitching in-house brand journalists with the same effort and focus as traditional media. A brand-run online or broadcast TV channel or radio station will have just as much influence and reach over its audience as traditional media, which means that PR professionals and marketers will need to deal with them much in the same way, but with an eye and ear towards more subtle biases in anything that’s potentially competitive.